Wednesday June 28 at 14h30 I will defend in public my thesis, entitled:

The defense ceremony will take place in the aula of the Radboud University in Nijmegen (Comeniuslaan 2). Afterwards, there will be a reception in the same building. You are warmly invited!

This study explores the various ritual repertoires of recently bereaved Dutch people, with a Roman Catholic, Protestant, or religiously unaffiliated background, and the situational beliefs that emerge in relation to these enacted repertoires. Following the trajectory of death ritual, attention is given to the dynamics of ritual practice and ritual meaning. On the basis of qualitative and quantitative data, each chapter focuses on a specific phase in the process of death ritual, allowing us – as it were – to accompany the bereaved in their meaning-making process from the funeral preparations, funeral performance, and disposal practices, to the period after the funeral.

In relation to the profound impact of three developments in Dutch society – the changing role of religion, the prominent emphasis on the individual, and the development of modern cremation – two aspects of contemporary Dutch death rites are accentuated in particular. First, it is demonstrated how the recently bereaved reinvent and re-imagine their ritual practices and beliefs in light of the particular situation at hand, as well as in relation to social and cultural circumstances in the Netherlands. Second, it is illustrated that death ritual today can be understood as a prolonged and highly individualised – although not asocial – process of accumulative rites through which the bereaved make sense of death and their changing relationship with the deceased. Whereas the funeral ceremony is often seen as ‘the prominent’ and ‘the last’ rite in the Dutch context, I draw attention to the importance of the funeral preparations, as well as the non-institutionalised incorporation practices and transforming bonds between the living and the dead that emerge in the aftermath of the funeral. 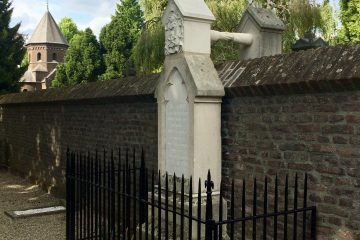 Situating the Dead: Cemeteries as Material, Symbolic, and Relational Space (2022).By Avril Maddrell and Brenda Mathijssen Published in: The Oxford Handbook of Religious Space. Access here. This chapter explores the coproduction of space and religion Read more… 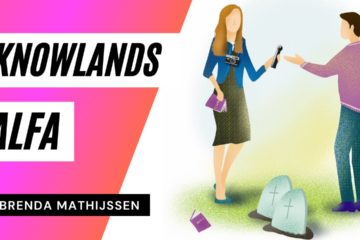 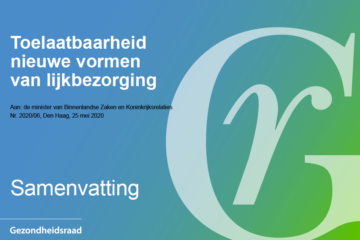 Advisory report: Admissibility of new techniques of disposing of the dead

In accordance with Dutch law, a body of a deceased person can be buried, cremated or donated to science. New techniques are being developed, like alkaline hydrolysis and composting. At the request of the Ministry Read more…